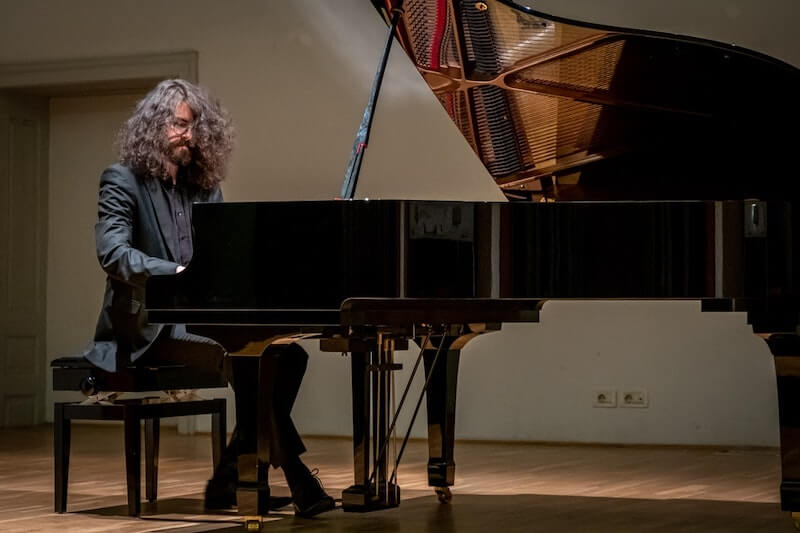 Pianoforte (Italian forte – loud, piano – silent) is the common name for keyboard hammer-strings musical instruments. The predecessors of pianos were harpsichords and clavichords. Their disadvantages were rapidly fading sound and constant volume level, which excluded one of the important expressive means of music – dynamics (change of volume).

Pianos are divided into:

The piano is inferior in sound and playing ratio to the grand piano, which is mechanically and acoustically superior and perfectly suited for serious professional work.

Sound production of an acoustic piano

The acoustic piano is played by striking the strings with a hammer. The strings are strung on a soundboard (one of the main parts of the instrument, which transmits the vibrations from the strings to the air, making the sound louder) with the help of pins. There is a chorus of strings for each sound: three strings for the middle and high range notes, two or one for the lower range. The range of most acoustic instruments is 88 notes. In the neutral position, the strings are in contact with the dampers. When the keys are pressed, a device of levers, straps, and hammers, called piano mechanics, is actuated. When a key is pressed, the damper is separated from the corresponding chorus of strings so that the string can sound freely. The strings are struck by a hammer padded with felt.

Pedals on pianos and grand pianos

Pianos usually have two pedals and pianos have three:

Features of the acoustic piano:

The Popularity of the Piano Among other Keyboard Instruments

Coordination on the Piano: Tips for Playing with Both Hands

Learning to Play the Guitar is Easy