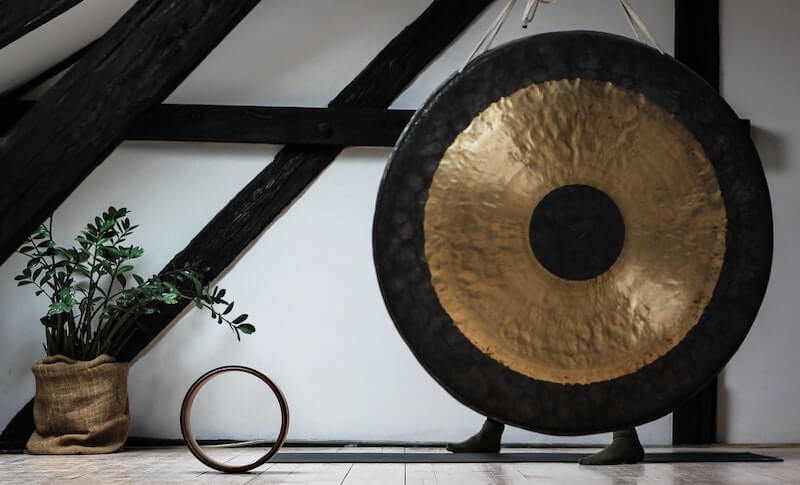 According to history, in the distant past there were at least a thousand musical instruments, only half of which have survived to the present day.

At that time, Chinese traditional instruments were classified according to the material of which they were made. Thus, there were metal, bamboo, silk, stone, string, leather, clay, wood and pumpkin musical instruments.

Today Chinese national musical instruments are still made in the traditional way, but their modern classification looks different.

The Di is an ancient wind instrument. It is a transverse flute with 6 holes in the body. Traditionally made of bamboo or reed. Next to the hole for blowing air in the body of the di, there is another hole covered by a very thin reed film, which makes the timbre of the di very lush and sonorous.

The sheng is a mouth organ. It is made of reed or bamboo thin tubes of varying length which are mounted in a bowl-shaped body with a mouthpiece. The sound of the sheng is vividly expressive and graceful in its variation. No folk concert can do without this instrument.

The gong is a metal idiophone of indefinite pitch. It gives a rich, lingering sound with a somber timbre. After the strike, the instrument vibrates for a long time, creating a three-dimensional, now rising, now receding sound. The gong is an indispensable instrument in folk ensembles.

Paixiao is the Chinese equivalent of Pan flute. It consists of twelve bamboo tubes connected in descending order from the longest to the shortest. Such a peculiarity of the structure provides a wide range of sound. It has a soft and

The Banhu is a bowed string instrument. The body is made of coconut shells and a thin wooden deck. The long neck has no fret and ends in a head with pins. In northern China the banyhu was used as an accompaniment in musical drama, now it has its rightful place in the orchestra.

The erhu is a two-stringed violin with a cylindrical resonator. When playing, the musician uses his right hand to pull on the bowstring, which is fastened between the metal strings and makes one with the instrument. When playing with the left hand, a transverse vibrato is used.

Pipa – Chinese four-stringed instrument of the lute type. It has a pear-shaped wooden body without resonator holes. Silk strings are attached by pins and string holders. The sound is extracted by plectrum or fingernail. The pipa is most often used to perform lyrical pieces.

It’s Never too Late to Start – Music Lessons in Adulthood

The Benefits of Music Education in Child Development

Emotions in the Recording Studio: The Right Mindset for Vocal Recording