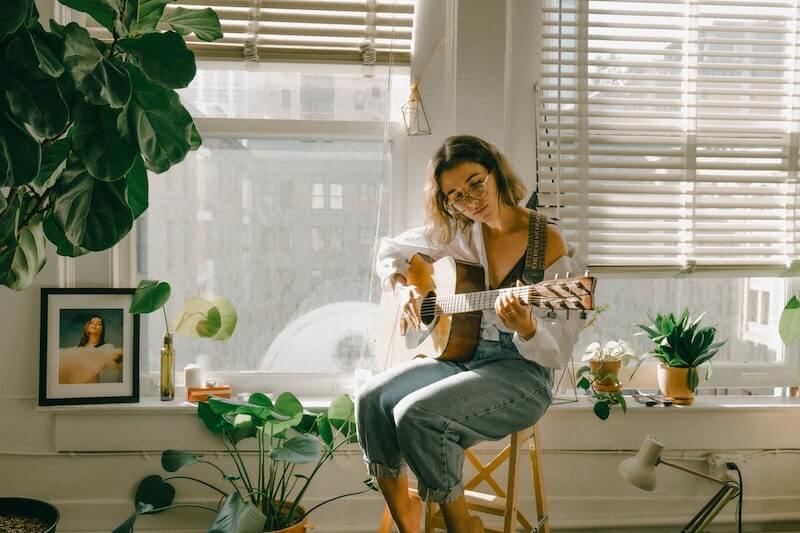 A lot of people confuse sound extraction with guitar playing techniques. These are different things. You can extract sounds with strokes, and several strokes are a fight. If you strike the strings with the thumb of your right hand in a sharp twist, this method of playing is called a tambourine. These two techniques are similar to each other, but if the first is used often enough and is the way of extracting the sound, the second represents in some way a kind of blow, and therefore is considered a technique of playing.

It is possible to extract sounds with strokes, and several strokes are already a fight.

As an accompaniment to singing, the fight and the punch are most often used. They are quite simple to master, and the most important thing is to observe the direction of the hand and rhythm.

Rasgeado is one of the varieties of beat – it is a very bright and colorful Spanish technique, in which each of the fingers of the left hand except the thumb hit the strings in turn. Before you try this technique on the guitar, it is better to practice without it. To do this, clench your hand into a fist and, starting with your little finger, release the clenched fingers. The movements should be elastic and springy.

Plucking is a tirando. The essence of it is to pull the strings alternately, and it is usually used in a standard plucking. To master this technique, the main thing is not to clench your hand in the brush. Playing with the support of the neighboring string is apoyando, which is very typical for the performance of flamenco music. It is a little easier than the tirando, because when you pluck, your finger does not hang in the air, but rests on the neighboring string. In this case, the sound is much richer and brighter. Tyrando can be used to play fast music, while apoyando can significantly slow the musician down.

An exaggerated plucking is a slap. The performer pulls the strings so that they hit the sills of the guitar and make a characteristic snapping sound. On acoustic and classical guitar it is rarely used and is usually used as a surprise effect. All bass-guitarists like this trick and besides hooking the strings with their middle and index finger they also hit the thick upper strings with their thumb.

Tapping is the youngest way of sound extraction, it is not more than fifty years old. Basically, it originated from the flageolet, it is just a more advanced type, which appeared only when ultra-sensitive guitars appeared. Teppin’ can be one-voiced and two-voiced. In this case, the right hand strikes the strings on the fingerboard of the guitar. Two-voice tapping is somewhat similar to the way pianists play, as each hand plays an independent part on the fingerboard by pulling the strings and striking. Because of this similarity, this method is also called a piano technique.

Learning to Play the Guitar is Easy

Guitar Accessories for Beginners: What Equipment do You Need?

Guitars for children: Which guitar suits my child?

Pros and Cons: Hanging the Mic Upside Down?